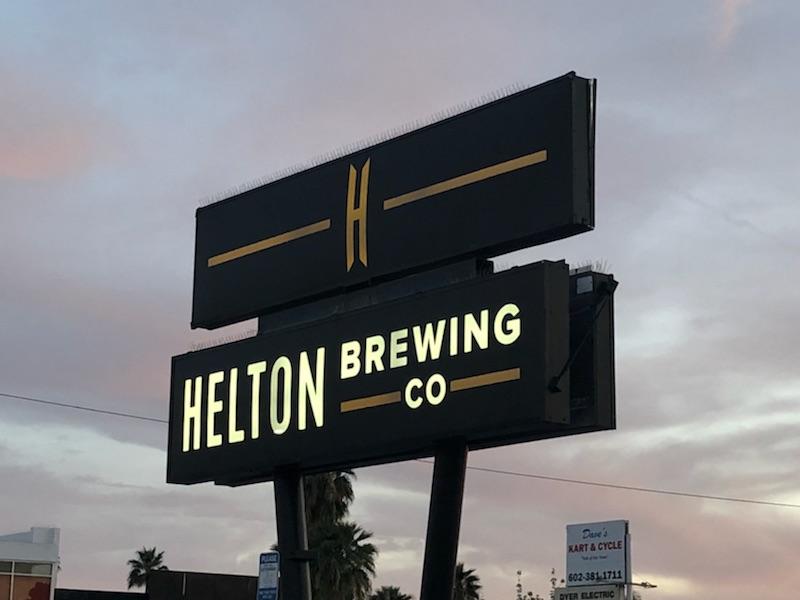 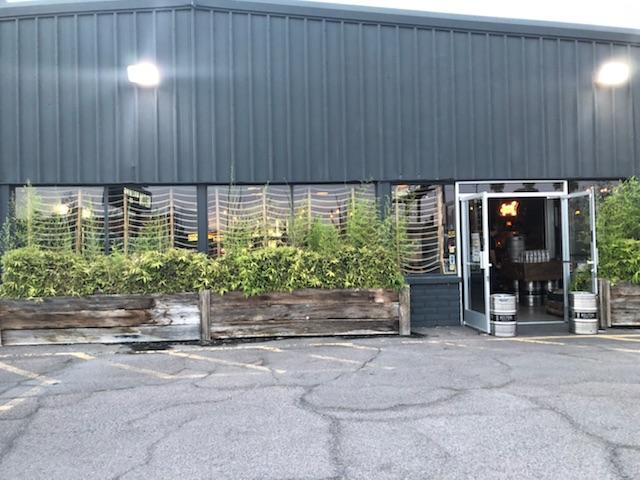 Helton Brewing looks more like a greenhouse with plants in front of bay windows at the entrance than a brewery. There is a large garage door that is open to a room with pool tables and shuffleboard.  The main door leads into the bar area.

It was incredibly packed. I felt like I crashed a party as everyone was wearing business casual clothes and conversing in groups for a charity event. Music blares over the speakers loud enough for the customers to talk but not drowning out the conversations. The room is dimly lit with the vents exposed for an industrial feel. The tables were scattered with people and it was impossible to get to the pool tables and shuffleboard. A doorway leads between the rooms. In the back, visible through a window are the fermenters. 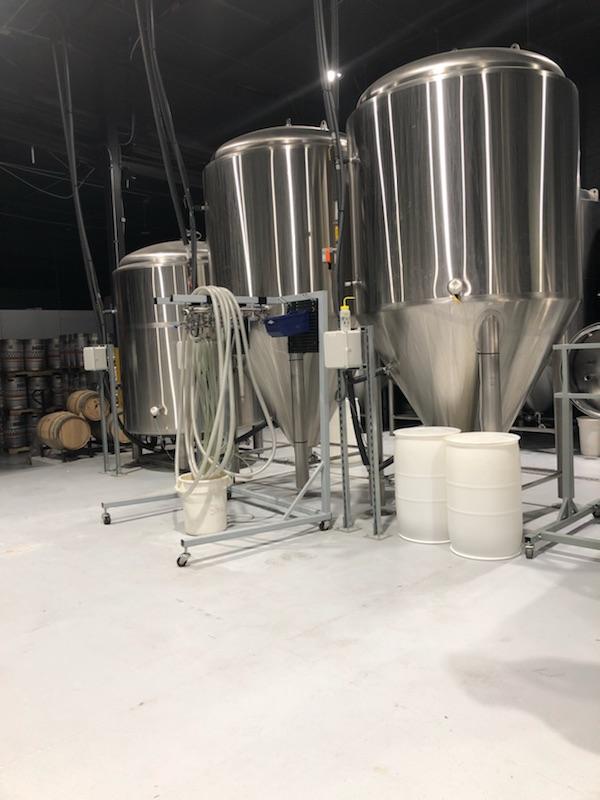 I once again got a flight of eight beers, which is served in two muffins pans together. I automatically enjoyed the IPA’s and the stouts but of the eight beers, I must say that one stood out above the rest. The Blackberry Sour is a bright red beer. Being a sour, I was anxious to try it but the bartender said to finish the flight with the blackberry sour. I was ready to see if the anticipation was worth the wait. It smelled sweet and as soon as I drank it I was impressed. It instantly reminded me of the popular candy from the 1990’s called Warheads. The sour made it taste like a sour candy but the blackberry had a hint of sweetness. This is the beer I will be coming back to get. 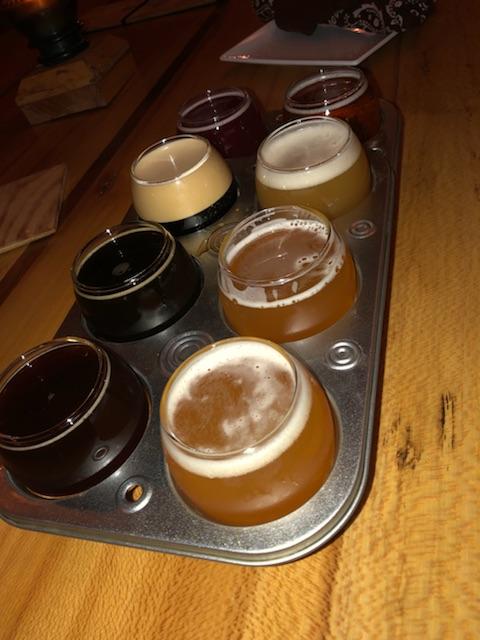 As I was going through a row of beers on the flight a man walks up to me as I am smelling the citrus of the house IPA and asked if I would like to be part of the tour for the charity event being held. The man was, in fact, the brewer Brian Helton, and I thanked him gladly obliging to take the tour. During the tour, he explained his passion and love for beer, which is evident by his forearm tattoos of the molecular compound of bittering hops, and aroma hops. The process in which he brews and what each vessel is for.

Helton Brewery has a courteous staff and some great beers. Try a flight and decide what beer you like. At this brewery they have a beer for everyone, having a pilsner that appeals to the regular non-craft beer drinkers or the sour, which will not be for everyone.

Craig Maddux
Craig Maddux was born in Phoenix, Arizona. He has a B.A. in English with an emphasis in Creative Writing and a minor in film and media studies from Arizona State University. Writing has been a passion of his since the time he was able to pick up a pencil. Outside of writing, Craig has recently found a new passion in brewing beer. He likes to call himself a "beer enthusiast," enjoying any type of beer thrown his way, with a preference of one of the many local craft brews that Phoenix has to offer. Craig can be seen around the Phoenix area watching his beloved ASU Sun Devils. Feel free to stop him and say hi if you see him around.
Tagged: Helton Brewing Company