The Best Burger in Phoenix: (Part 2)

Driving along the I-17 one afternoon, I was suddenly struck with a craving. A hunger that came without warning, that DEMANDED to be heard! With a shaky hand, I called up my best friend Ian who was quick to recognize what I so desperately needed. “Burger time?” He asked. “Burger time,” I responded. Burgerquest! Week two!

With my bro in tow, I suggested we try the plainly named Cold Beers and Cheeseburgers, a sports bar that has a few locations scattered about Phoenix, (we went to the Deer Valley location). Sitting down, I took a quick look at their menu and ordered the All American, which on the menu is simply listed as “American cheese / Lettuce / Tomato / Pickle.”

As it was served to me, the first thing that caught my attention was how it looked. I had not even bitten into it yet, but as I looked at it, I couldn’t help but say to myself, “Damn! That is a tasty looking burger!”  The picture I took doesn’t really do it justice now that I think about it. (I am a writer, not a photographer, after all). 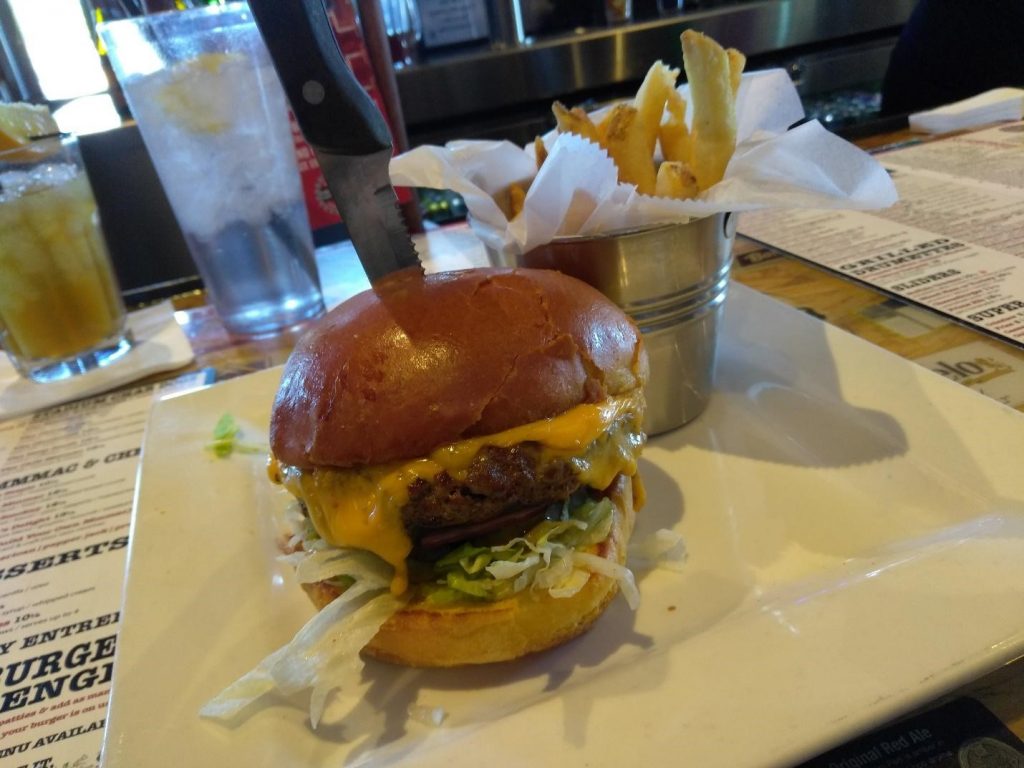 The All American, simple yet more than the sum of its parts.

Taking the burger in hand, I felt a bun that was fluffy enough to be used as a pillow as I prepared myself for the first bite. The verdict? Pretty good. The large patty had that classic salty and meaty taste that should be present in some way in all proper burgers and was further complemented by the freshness of their ingredients. They took no shortcuts in its preparation and the result is that signature taste that made me fall in love with cheeseburgers in the first place that one would have to be crazy not to love. There can be no doubt that it is a simple bit of business. There was nothing fancy about it, but that isn’t necessarily a bad thing. The patty was well cooked, the bun was fluffy and fresh, each bite was nice and juicy. There was absolutely nothing to complain about regarding this burger.

After it was finished, I licked the grease off my fingers, bid my bro farewell and went home only to find that I was having a bit of trouble writing this article.  Perhaps I should follow the All American’s example and keep things simple: Cold Beers and Cheeseburgers makes a good burger.  It doesn’t take any risks, but it is well made and is sure to leave you satisfied. Sometimes, simple is best and this establishment appears to go by the motto, “If it ain’t broke, don’t fix it.” If you think the idea of messing with the original formula is heresy, I strongly recommend this place as it is sure to be one of your favorites. Best burger in Phoenix? Probably not, but it is a delicious meal that reminds me why I have such a love for this classic staple of American cuisine.