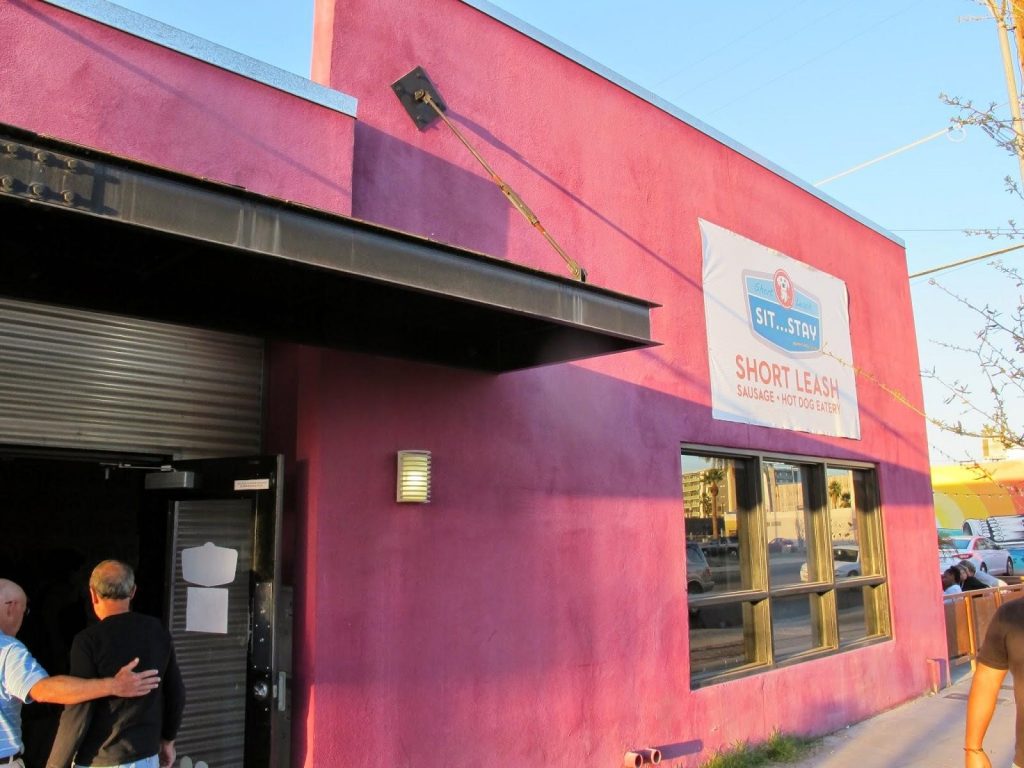 Phoenix is known for many things, but unfortunately, hot dogs are not one of them. I had to do quite a bit of hunting to find a hot dog place that was worthy of telling my friends about, but I think I have finally found a winner in The Short Leash, located on 1st street and Roosevelt.

Do not come here expecting a simple hot dog with mustard. The people here really like to get creative with their dogs. The first thing you will probably notice about a hotdog you will be served here is that they do not use hot dog buns, but freshly baked naan bread that not only adds to the flavor of each bite but allows for way more ingredients to be piled on. Certainly, more than your average hotdog bun would be able to fit.

This place has your classic Chicago dogs or chili dogs, but their other dogs are so unique that it almost seems like a waste to not try something a little wild! A good example is their Lady Dog that is covered in chipotle cream cheese and sautéed onion. Or if you are feeling more ambitious than I was, you can give their Bear Dog a try which is comprised of peanut butter, smoked gouda, bacon and BBQ sauce.

I should say though that just because they have a large variety of toppings does not mean they skip on the quality of the dog itself. All their hotdogs are all natural and free of gluten and nitrates and they come in a variety of different meats including soy for a vegetarian option.

One more thing. Doughnuts! The restaurant is connected to their pastry shop where they sell gourmet doughnuts and other sweet treats that are just as unique as their hot dogs such as the Adult Boozy Filled Doughnut which is a brioche doughnut filled with Pritchard Sweet Cream Bourbon and chocolate custard.

Fair prices, delicious dogs, and doughnuts for dessert. Who says you have to go all the way to New York to get a good hot dog?