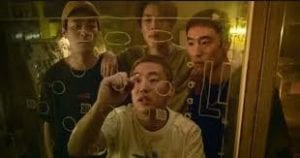 Time to Hunt is streaming on Netflix

We should be in the summer movie season right now. We should be bombarded by entertainment options: a little Marvel, a Pixar movie, a studio comedy—you know, the usual. We should be escaping the increasingly oppressive heat, complaining about ding-dongs on their smartphones, and praying that nobody spilled anything in or around our seats.

All of that should be going on. But it isn’t, and it’s increasingly looking like the 2020 summer movie season simply isn’t going to happen. How are we supposed to deal with it, particularly when it’s one of a host of maladies inflicted upon us?

First up, there’s nothing wrong with wanting to beat the heat and watch something cool for a few hours. We’re at a weird time in our history, a moment where literally everyone is stressed.* You might be underemployed or unemployed. You might be worried about how this is affecting your kids. You might want things to get back to normal (whatever the hell that means) and live your life. 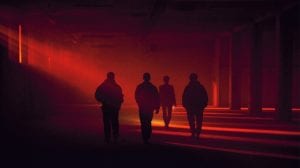 I’m right there with you. The good news is, there are ways to take back your summer moviegoing experience, and I’m here to help. First, block out about three hours of time. Take some of that time to prepare your favorite comfort food. Might be hummus, might be nachos, might be popcorn. Next, pour a glass of a cool and frosty beverage. Find a comfortable chair, couch, beanbag, or your children to sit on.** Lastly, go to Netflix and watch the very cool South Korean action-thriller Time to Hunt.

Jun-seok (Lee Je-Hoon) walks out of prison as a free man. When he went inside, he and his pals were sitting on a pretty nice stash, one they got from a heist that’s worth thousands of won. During his incarceration, the Korean economy has utterly collapsed. Generally speaking, that’s a problem, considering the mass unemployment and political instability.

Specifically speaking, it’s an even bigger problem for Jun-seok, as he discovers when his buddies pick him up and they have news. There’s the pragmatic Ki-hoon (Choi Woo-shik), who simply wants a stable life with his parents. There’s also the sweetly dimwitted Jang-ho (Ahn Jae-hong), who simply wants to hang with his bros. Remember their stash of won from their heist? It’s been devalued and is nearly worthless. 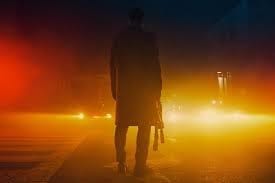 Do our heroes decide that Crime Doesn’t Pay, and recommit to finding responsible jobs in society? They do not. Jun-seok has a plan. It involves a gambling house that’s run by organized crime. Inside are stacks of U.S. dollars ripe for the taking, and they even have an inside man. This is Sang-soo (Jung-min Park), an employee and reluctant contributor to the heist.

The plan is relatively good. The players are relatively competent. The heist doesn’t quite get pulled off without a hitch, but it is pulled off. The guys think they’re home free, and they’re anything but. That’s because Han (Hae-soo Park) is coming for them. He’s a hitman who excels in both sadism and tenacity. No matter where they go, Han follows.

Despite the lousy title, I loved Time to Hunt. Director Sung-hyun Yoon has delivered a fast and muscular action film that American creatives could learn a lot from. He’s a cinematic chef who refuses to stay in a single genre, and he brings us a dash of a social drama, a heaping spoonful of action, and a generous pinch of a slasher movie. His action sequences are cleanly shot, and for a movie in spitting distance of two and a half hours, I never felt like the pacing lagged. That’s particularly true during a tense chase through a hospital and a sequence where Han stalks the crew within a parking garage.

Yoon also wrote the screenplay, and he takes the time to let us get to know our crew of likable malcontents before tossing them into the deep end. I liked that our protagonists are all intelligent and competent. They make similar decisions that we’d probably make in the same situation. But Yoon also allows the story to breathe and gives us time to get to know a little about them and watch their relationships develop. His plotting is just as strong. Every scene fits together cleanly, with the decisions of the characters always informing the plot and pushing it forward. 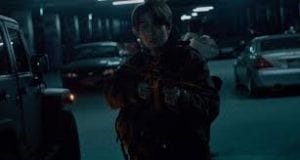 The cast does excellent work across the board. As Jang Ho, Anh Jae-Hong takes the cliché of the “screwup in the gang” and provides it with an extra layer of pathos. I liked Lee Je-hoon a great deal as the mastermind Jun Seok. A lesser film would have made him a stereotypical badass, and for sure he has his moments of posturing. Here we also see elation, fear, and a steely resolve to survive the ordeal. Han, the villain of the piece, is outstanding, and Hae-soo Park plays him as a slightly more verbal Michael Myers. He absolutely will not stop pursuing his quarry, yet he’ll take time to savor the hunt.

The best summer movies combine escapism with intelligence. They can take you away from the horror show of reality for a few hours while doing so in a way that’s not lazy or insulting. Time to Hunt might not be playing on a 40-foot tall screen right now, but it delivers what we all yearn for. I can’t ask for more than that.

*For once, I’m not exaggerating. A third of us are dealing with anxiety, depression, or both. You can read more about it here.

**The phrase my kid just came up with referring to kids being used as seating? Chairdren. I’m 50 percent proud and 50 percent appalled. Maybe 60-40.

Tim Brennan
Tim has been alarmingly enthusiastic about movies ever since childhood. He grew up in Boulder and, foolishly, left Colorado to study Communications in Washington State. Making matters worse, he moved to Connecticut after meeting his too-good-for-him wife. Drawn by the Rockies and a mild climate, he triumphantly returned and settled down back in Boulder County. He's written numerous screenplays, loves hiking, and embarrassed himself in front of Samuel L. Jackson. True story.
Tagged: Movie ReviewNetflixTim BrennanTime to Hunt