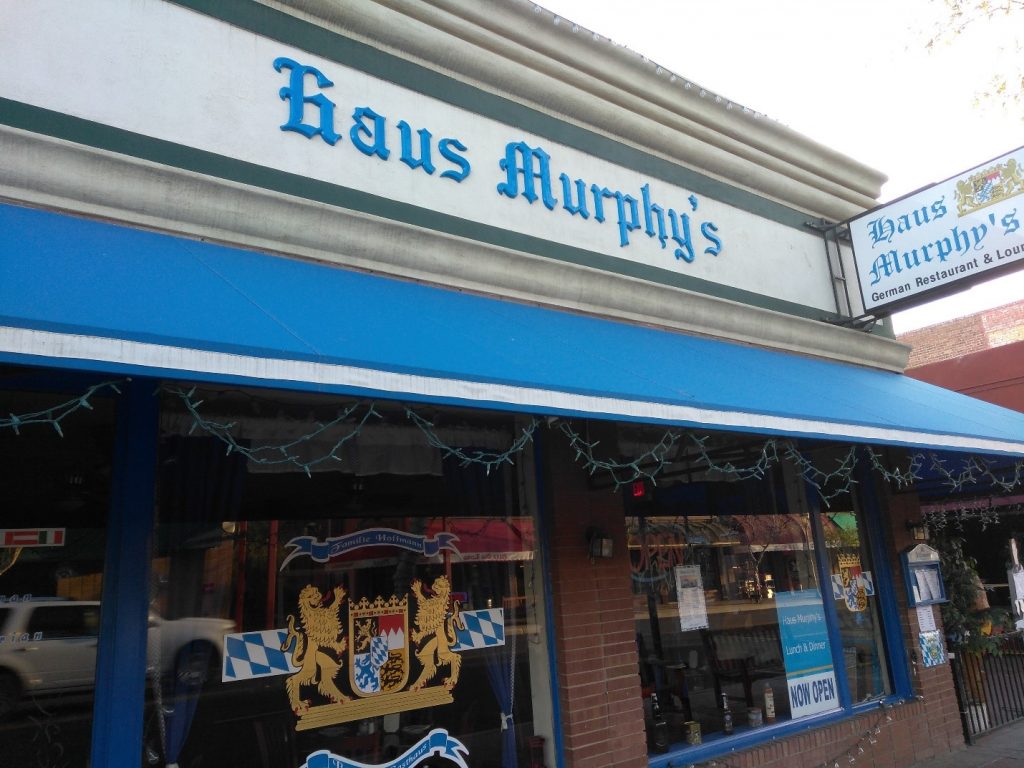 Guten tag! Aaaand that’s about all the German I know. Why is this relevant? Because I am reviewing Haus Murphy’s this week, located in historic Old Town Glendale. The first thing you should know is Haus Murphy’s serves primarily German food, and I am sure that what comes to mind when I say that is sausage. Yes. They do serve a lot of sausages, but it is more than that!

Before coming here, I didn’t know there were so many ways to prepare sausages, so I am only going to go over a few of the sort of ways they serve them at Haus Murphy’s. I am going to start with my favorite, The Big Smokey Beef Brat. The flavor of the dish hits you even before you take a bite as it gives off an aroma of garlic and paprika that perfectly complements the juiciness of the brat, giving it a taste that is so much more than meets the eye.

I also highly recommend The Kilometer, two long, spicy and delicious Hungarian sausages. So many places get spiciness wrong. Spice is supposed to add to the flavor of a dish, not distract you from it. But the kick in these Hungarian sausages adds so much to the overall taste that even if you are not a fan of spicy food, I would wager that you would ask for seconds after eating these babies (not that you would have room for seconds anyway. They are called Kilometers for a reason.)

Another well-known German dish is the humble pretzel. But at Haus Murphy’s they do pretzels proper. Imported from Germany and served with melted butter and spicy mustard, these are real Oktoberfest quality pretzels. These things are so good that they make sure to mention on their menu that they have them in limited availability, simply because people keep on buying them all up as soon as they get a new shipment in!

Another reason I am such a fan of Haus Murphy’s is that it is just so homely and warm. Old pictures on the wall that depict charming Bavarian scenes, a friendly wait staff that is more than happy to serve you, and they even have someone on an accordion come and play there every so often.

Honestly, I had no idea that I was a fan of German food before I came to Haus Murphy’s. If you find yourself in Old Town Glendale, this is a must eat restaurant. Now if you will excuse me, I am late for a lederhosen fitting.