Two Brothers Taphouse and Brewery in Scottsdale is the second location for Two Brothers, referred to as the 4321 location, with the original in Warrenville, IL. Two Brothers is a large brick building with a patio and an outside bar. As you enter the building it is similar to a sports bar with televisions hanging, customers at the horseshoe bar top and at the tables eating and drinking, with music playing overhead. There are stairs to go up to a second-floor balcony where there was a painting event going on.

I sat at the bar ready to enjoy the most popular beer that they serve, the Wobble IPA. Wobble IPA is golden, a strongly hopped pine tasting beer. It is fairly bitter as it sits at 69 IBU (international bitter units) and the hops linger on the tongue making your mouth water. The hops definitely had a bite that was strong and fantastic for an IPA. 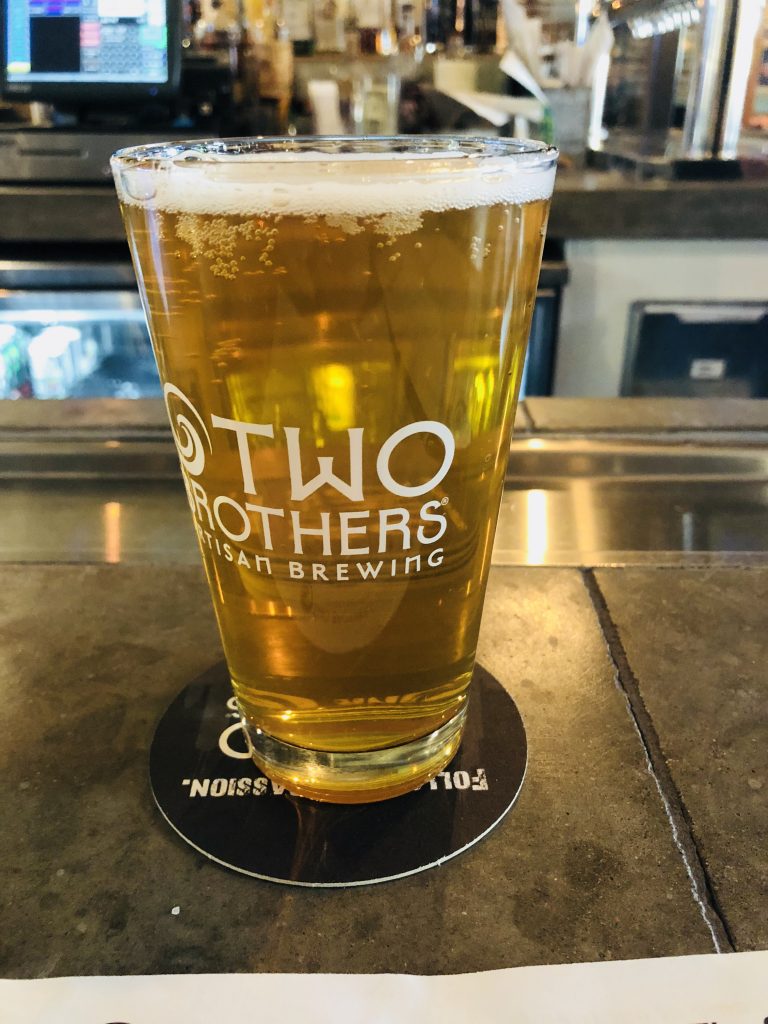 After enjoying the Wobble IPA I ordered a flight. Two Brothers’ flight process is different from other breweries who allow you to choose which beers you would like in your flight, they have a set of six flights that have designated beers like Hop Head that is the Wobble IPA, Outlaw Pale Ale, and other hoppy beers. I chose the Best of 4321. These are four of the five beers brewed in-house, which consisted of Working Class English porter, Der Bruder Alt Beir, G&T Saison and Bitter Father In-Law English porter, the beer of the day.

I started with the G&T Saison but due to the Wobble IPA still on my taste buds I couldn’t taste it so I moved on to the Bitter Father-In-Law. This had more of a flavor I could taste to cleanse my palette. This was my favorite beer of this flight as it was very sweet and malty for a session beer that was easy to drink. It was very low in ABV at 3.7%. If you want a less alcoholic beer than say the High Noon Imperial Cream ale that is 9.5% go with the Bitter Father-In-Law. 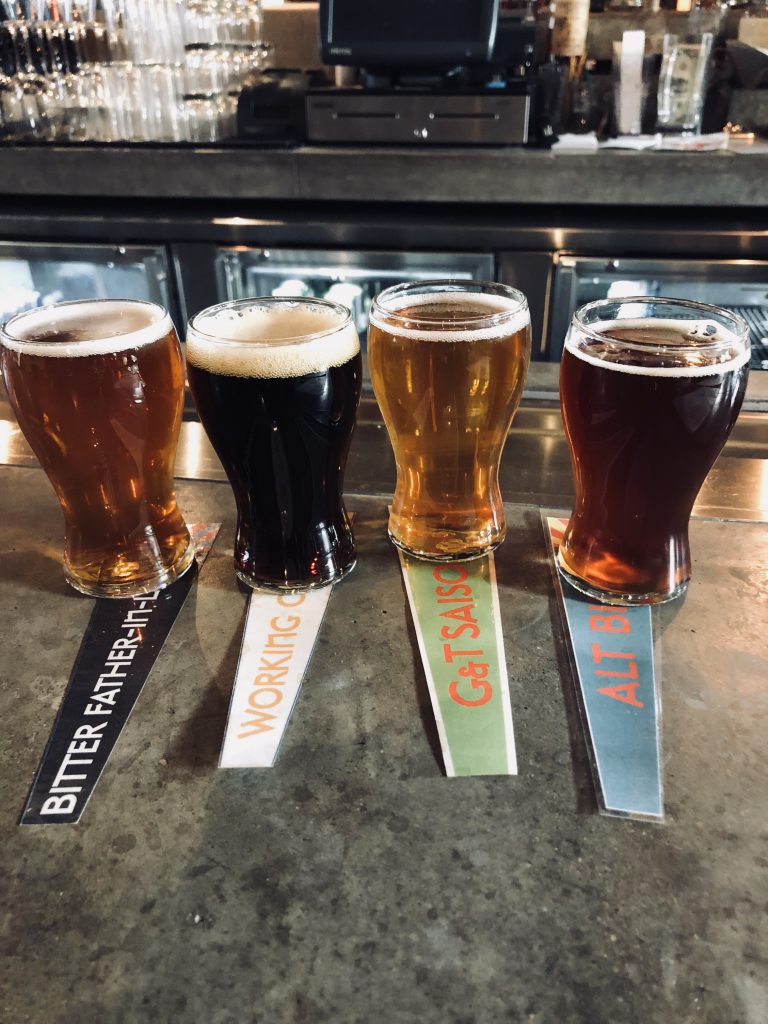 I also enjoyed the Der Bruder Alt Beir as it screamed malty and sweet but still refreshing. It is a beer slightly darker in color than Bitter Father In-Law but still easy to drink. The different malts bring out the flavor in the hops to counter the sweetness.

To finish off my day at Two Brothers I got a pint of the seasonal In the Flesh Pomegranate Sour. I had a great experience with a sour at a prior brewery so I was intrigued to try this. This was a fantastic as it is tart yet the tartness adds flavor as the sweetness kicks in. The sourness of it reminds me more of a limeade rather than a beer. I could see drinking a few of these very easily.

Two Brothers feels like a bar rather than a brewery with the horseshoe bar top, sports games playing on the various televisions and the fermenters not visible. The staff was helpful and courteous with knowledge of the beer. If you are in Scottsdale grab some drinks from Two Brothers, a brewery that produces fantastic beer.

Craig Maddux
Craig Maddux was born in Phoenix, Arizona. He has a B.A. in English with an emphasis in Creative Writing and a minor in film and media studies from Arizona State University. Writing has been a passion of his since the time he was able to pick up a pencil. Outside of writing, Craig has recently found a new passion in brewing beer. He likes to call himself a "beer enthusiast," enjoying any type of beer thrown his way, with a preference of one of the many local craft brews that Phoenix has to offer. Craig can be seen around the Phoenix area watching his beloved ASU Sun Devils. Feel free to stop him and say hi if you see him around.
Tagged: 4321 locationCraft BeerPhoenixTwo Brothers Taphouse and Brewery