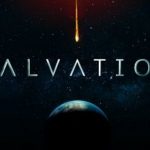 The Sci-Fi genre has been around since the invention of movies and television, and nowadays it seems this genre is in movies and TV shows everywhere you look. They cover anything from aliens and robots to space and futuristic societies. Though, I have noticed there are not too many Sci-Fi shows about Earth’s potential destruction. When there is such a show, it only ever focuses on everyday people. But what if I told you there was an end of the Earth series with an emphasis on scientists and people within our government, rather than on regular people. You might assume that a show of this premise... Read More